Supported by
The Family of Shri Jaykrishna Harivallabhdas

INVITATION FOR INAUGURATION
of

You are cordially invited to Witness
The Virtual Opening Ceremony and Enjoy
a Unique Walk-Through Experience of Zen-Kaizen. 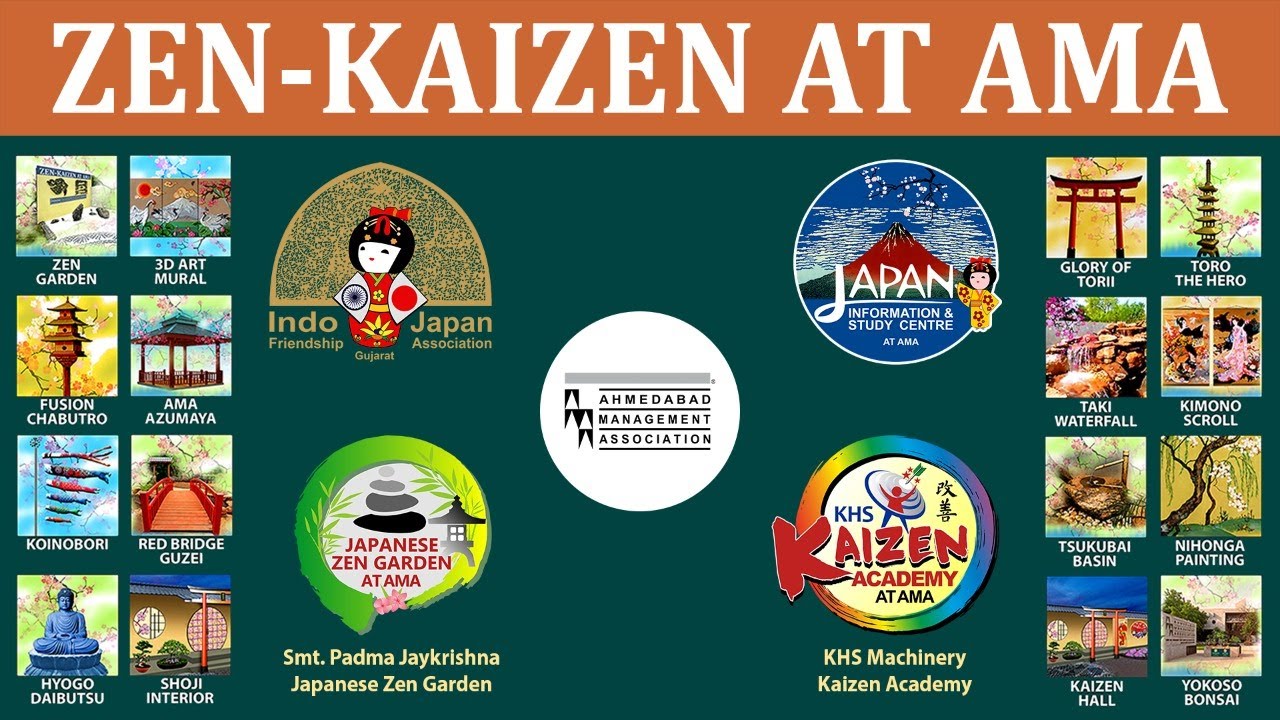 INAUGURATION & WALK THROUGH EXPERIENCE OF ZEN-KAIZEN

ZEN-KAIZEN AT AMA is a Joint Endeavour of the Japan Information & Study Centre at the Ahmedabad Management Association (AMA) and the Indo-Japan Friendship Association (IJFA), Gujarat supported by the Hyogo International Association (HIA), Japan to promote the Kaizen Spirit of ‘Forever in Pursuit for Excellence’ and Japanese Soft Skills & Business Culture.

In appreciation of the pioneering role played by AMA and IJFA in nurturing the Sister-State Alliance between Hyogo and Gujarat, on behalf of the Hyogo Prefectural Government, the Hyogo International Association dispatched as a Gift to AMA a Shipment of artistic and decorative Awaji Tiles, a Specialty Product of Hyogo, for use in the Garden Project Pavements, Gazebo and Wall. Zen-Kaizen at AMA graciously acknowledges this magnanimous gesture to further the Hyogo Gujarat Friendship Mission.

Set up with the Vision of facilitating Meditative Learning in the Scintillating Ambience of a Kaizen Hall and Gorgeous Elegance of a Traditional Japanese Zen Garden, Zen-Kaizen at AMA showcases several elements of Japanese Art, Culture, Landscape and Architecture unfolding Japan in its Vibrant Colour and Splendour!